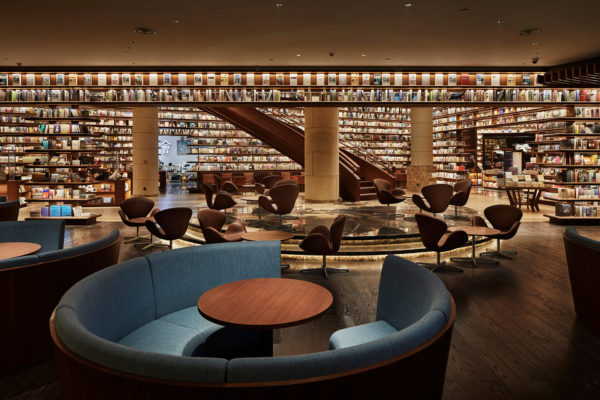 This new 4500 sqm bookstore in China is a public palace.
China is becoming a bookworm haven: the influx of brick-and-mortar bookstores erupting in accordance with urban renewal projects are strong testimony. But in order to survive in a era of short attention spans, these spaces are evolving far beyond the expected.

The flagship bookstore is a world away from your run-of-the-mill hole-in-the-wall. It’s palatial, actually: the 4,500-sq-m space feels suspiciously like a pointed ‘Ha!’ in the face of all those who’ve declared print dead.

Aside from stocking a massive 130,000 books, which would dwarf most bookshop offers, it is the manner of display that makes this one worth a visit. With floor to ceiling perimeter bookshelves (running to 10m high in places), a mid-shop wooden spiral staircase, linking the store’s two levels and a bar-café on the upper level, this is the sort of place that would make the matter of choosing a book a pleasure.

The centre was opened with the aim to motivate interaction between the growing population and visitors; the design blends elements of libraries and galleries to encourage collaboration and the exchange of ideas. Features of Japanese and Chinese palace architecture evoke the universal concept of a house, and the arrangement of interlinked rooms prompt boundless perusing and a connection with the space itself. 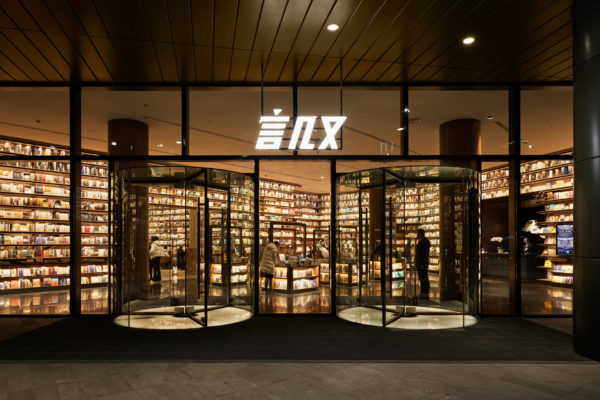 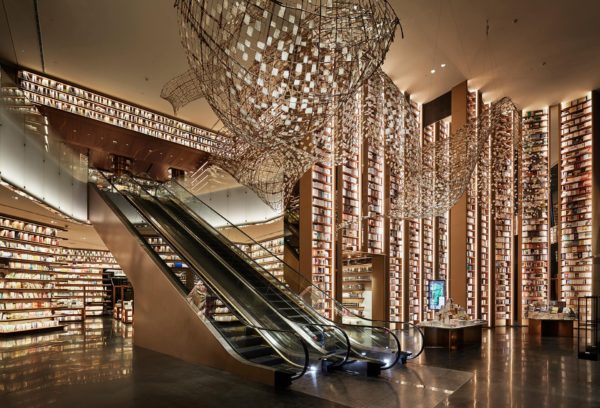 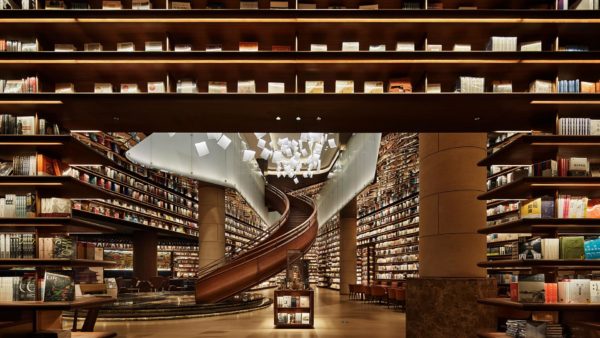