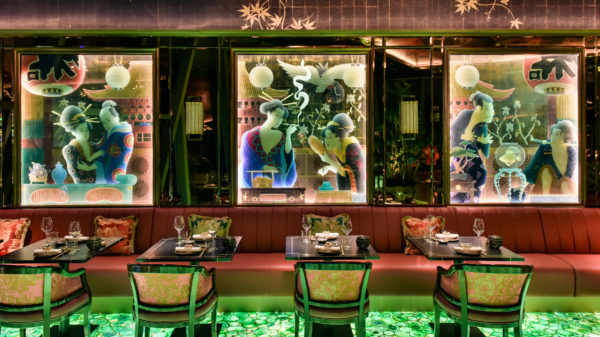 Nestled in the shadow of London’s iconic St Paul’s Cathedral, The Ivy Asia has been designed to be a “beautiful, experiential and immersive environment” imbued with Japanese decor details.

This is the first Asia-inspired eatery to fall under The Ivy Collection’s umbrella of brasserie-style restaurants, which appear throughout the UK. The restaurant group emerged as an accessible alternative to the original The Ivy, which opened back in 1917 as a high-end haunt for celebrities and notable people from London’s arts and culture scene.

The floor of the main dining room has been inlaid with slices of green, semiprecious stone and backlit so that it emits a neon glow. On the ceiling there is also a 35-metre-long drawing of two dragons, a dramatic feature that the design team wanted to be seen from outside the restaurant by people wandering at street level.

A series of dining tables have been dotted throughout the space, each surrounded by jewel-tone dining chairs or curved banquettes upholstered in ornately patterned silks. Leafy trees and 12-foot statues of samurai warriors have also been used as decor. 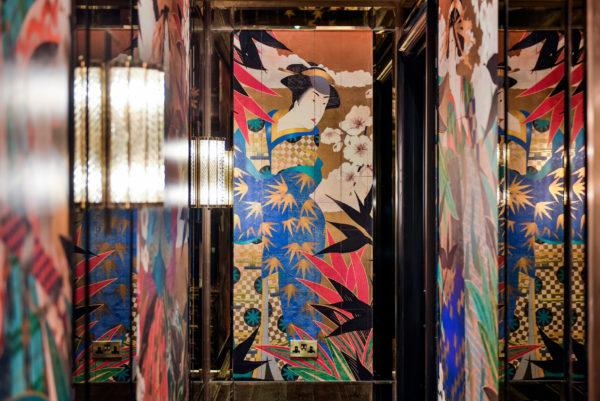 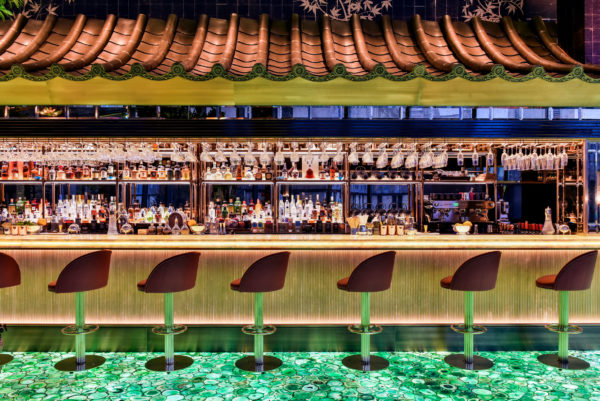