Step inside of SKP and Gentle Monster’s newly created mall.

SKP Beijing, a fixture in China’s luxury retail scene, is about to open SKP South, a hip version of the flagship shopping mall directly across the street.

In a bold move, the company has teamed up with Gentle Monster, the Seoul-based eyewear brand known for its bold and highly evocative retail design, to create premises fit for today’s generation of digital-savvy shoppers.

Obviously, the Gentle Monster went full throttle, creating numerous theatrical settings based on the theme Digital-Analog Future and the assumption that in the distant future technical leaps will allow mankind to blur the boundaries between human and digital realms, and as such, new forms of evolution.

The skincare zone displays objects and plants representing the beauty of the Red Planet and the bar and salon offer new experiences through a rotation of settings. One floor up, Xu Zhen’s sculptures and Daniel Rozin’s kinetic penguins interact within the artificial landscape of the future.

The floor’s spatial design and objects explore the history of Martians’ lives, wars, and power, featuring a women’s and men’s zone, a so-called soft corner, and a fashion accessories zone filled with items from fashion’s upper echelon. 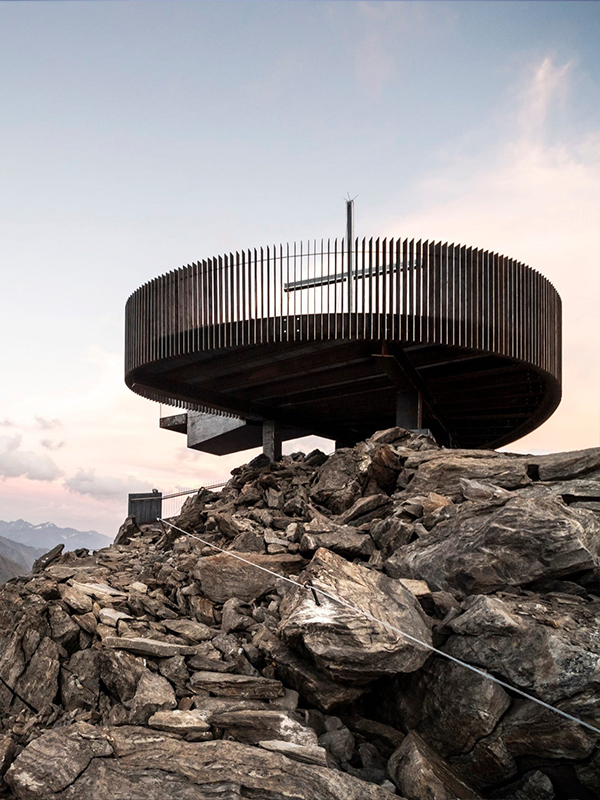