Pidan, is a pet store like no other, creating an eye-catching structure from concrete, curves and winds.

First of all, it’s the magnificent location in on the ground floor of what’s now known as 1933 Laoyangfang, a colossal, concrete and steel structure from the 1930s.

The building is structured around a central atrium, right below a myriad of interlocking ramps, bridges, and spiral staircases which were used for the flow of both people and cattle. Since then, the complex has been home to a factory and a storage facility, and following an extensive renovation in 2008, it’s a hub of entrepreneurs in the creative industry.

It’s safe to say that the chosen aesthetic is far from any other pet shop we’ve seen, featuring a series of undulating metal structures across the premises. Interestingly, the shapes are inspired by an animal spine, and specifically one of a feline, that changes shape with almost every movement. It’s a theme which honours animals in general, while also reflecting harmony between mankind and the animal kingdom.

The shop’s merchandise, all cat-focused, is presented on shelves attached to the metal structures or on plexiglass displays. If you’re a cat lover, you’ll not only be able to indulge in the variety of pet products, but also a number of purring creatures that roam around. 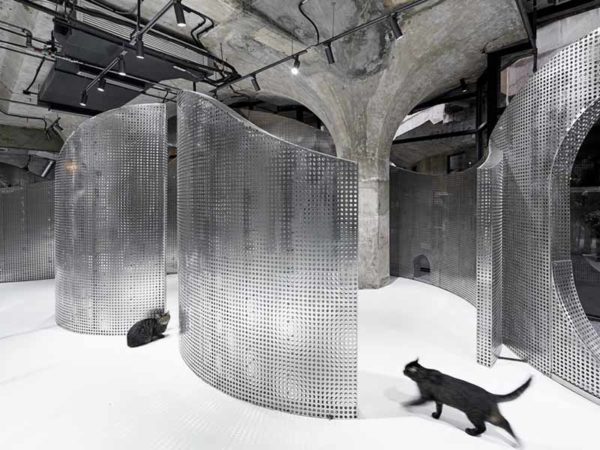 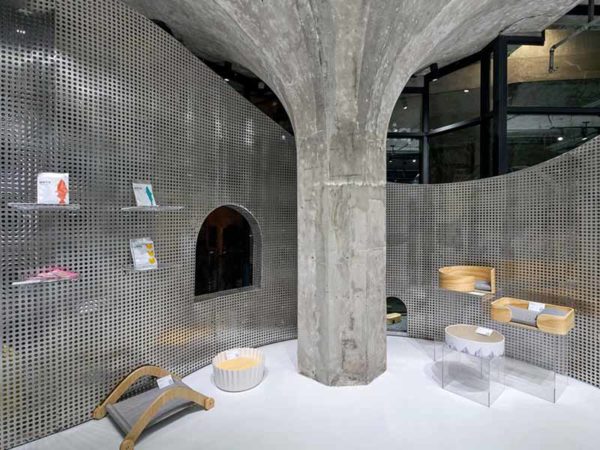