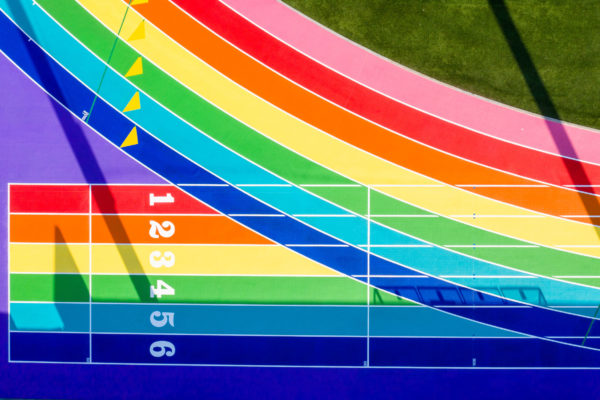 Running lanes of a refurbished track at Los Angeles City College are each painted a colour of the rainbow pride flag to advocate for the equality and inclusivity of LGBT+ athletes.

Nike unveiled the track on National Coming Out Day on 11 October as part of their Be True campaign. The running field is dedicated to Gilbert Baker, the artist who designed the rainbow flag that has become a symbol of Pride.

“At Nike, we believe in the pursuit of equality for every athlete.,” said Nike. “We honour every voice advocating for equality — those standing up to make a difference and Be True.”

The curved running lanes follow the order of Baker’s iconic eight-striped flag design, starting with pink and ending with a ring of violet. Lane numbers, arrows and other necessary signage were painted over the coloured pathways.

Nike’s design wraps around a grass covered area where a full-size soccer field and baseball diamond are situated. There is also a purple long jump runway and landing pit that were painted as part of the redesign. Opposite the baseball field an area of the track was painted pink and features a printing of Baker’s signature which rests alongside a large Nike swoosh logo. 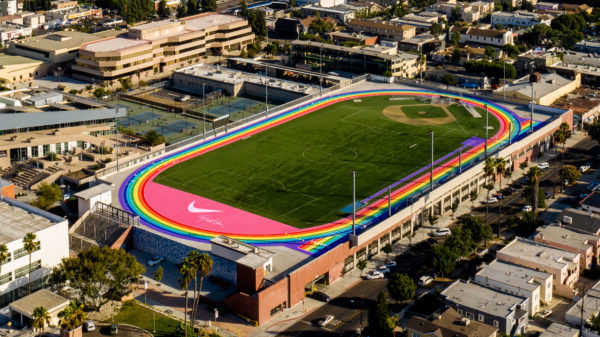 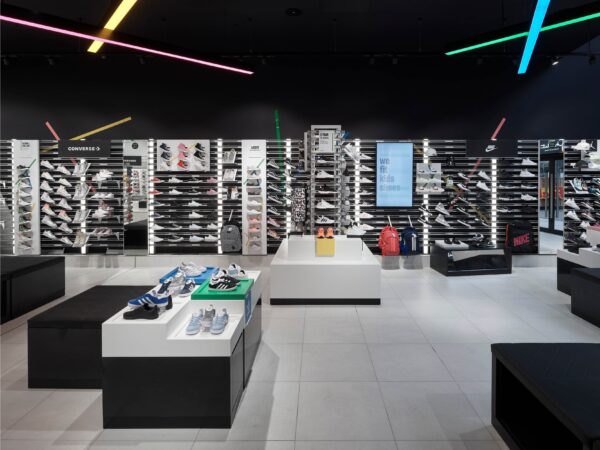